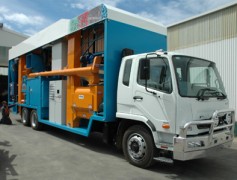 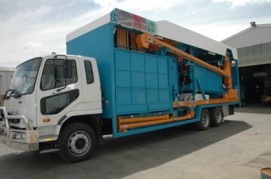 This machine was built with numerous upgrades and extras after detailed dicussions with the client regarding many aspects of the truck relating to ergonomics and efficiencies.

The new Sedd Grader has been put to work in and around the riverina district and further illustrates our committment to ensuring ongoing customer satisfaction, whilst maintaining long term relationships. 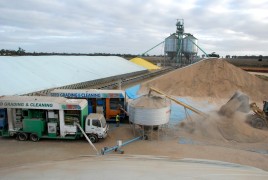 The two trucks worked in tandem to undertake the task which was completed to a high standard and within the required timframe. The NSW contactor was more than happy with the performance of the two machines on this contract 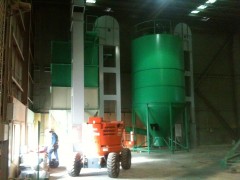 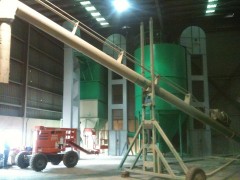 Taking approximately four months to develop and manufacture the equipment is now in the installation phase on site in Melbourne.

Two large 12 meter long loading bins with conveyors are currently being constructed at our factory to feed the mixing plant.

Once completed this plant will mix stockfeed for both the domestic and international markets. 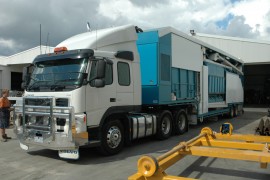 A local Family run Seed cleaning business took delivery of one of the largest Mobile Seed Cleaners built by Edmonds Engineering. A semi trailer mounted machine capable of outputing up to 42 tonnes per hour of cleaned seed.

The machine comprises of many state of the art components including a fully touch screen user interface.

July 15 - Stockfeed Mixing PlantEdmonds Engineering are currently installing a massive 250 tonne per hour stockfeed mixing plant for a metropolitan grain processor. Taking approximately four months to develop and manufacture the equipment is now in the installation phase on site in Melbourne...